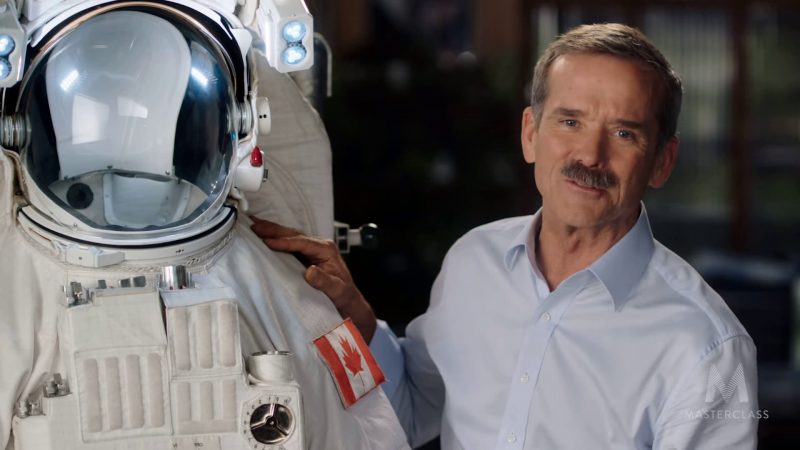 The more you know the less you fear – Chris Hadfield, astronaut

Science as a sixth sense.

I was opening my computer this morning to write about this section and noticed an advertisement for a class that the veteran astronaut Chris Hadfield teaches. In the ad, Hadfield talks about the experience of going into space, looking at the earth from the outside, looking at the solar system, the milky way, and asking himself: how is it possible that we are alone in the immensity of the universe? The process of being able to make it to space, for our generation, remains a life-threatening endeavor, an adventure that requires great demands from the body and the mind. In order to meet these demands, Hadfield opened his intro with “the more you know, the less you fear”, meaning that his chances of success increase while the amount of fear he feels decreases as he learns how things work, technically. As I listened to him, it struck me that the central point of this section can be encapsulated by Hadfield’s maxim[1].

It does not mean problems won’t happen. It only means he is better equipped to make decisions if he feels the rocket is experiencing turbulences, making unusual noises, if he is feeling light headed, thirsty, hungry, and so on. Things are different in space, it’s an environment where to do well, one needs to learn, and one benefits from learning before going. The same goes for health and fitness. The astute reader wants to read a variety of books, blog posts, and other resources on the subject. And of course, one wants to talk with those with experience, to learn from one person at a time.

The point is not to live with a state of mind that is constantly occupied by potential problems. Rather, it is the opposite. By learning upfront, and if we are able to turn knowledge into action, which can represent a gigantic challenge in itself, we can take steps that favor fitness, focus, and the experience we want from life – including occasional indulgence, decadence, non-fitness, for the sake of pleasure in the moment. To this end, ideas and the emotional association we create must change from what most individuals experience. The raw reaction to the word ‘cancer’ often triggers displeasure in someone’s mind. That person does not want to hear about it, similarly to the ostrich putting the head in the sand.

If I don’t think about it, the problem does not exist. And if I think about it I’m going to waste my time and focus on displeasure. Let’s have a good time now and worry about it if it comes!

From an evolutionary standpoint, the ostrich behavior makes little sense. If we learn the triggers of displeasure, of illness, or risk factors of any kind through data and science, we acquire an extra sense, a sixth sense that complements what our eyes can see, what the touch can feel, and so on.