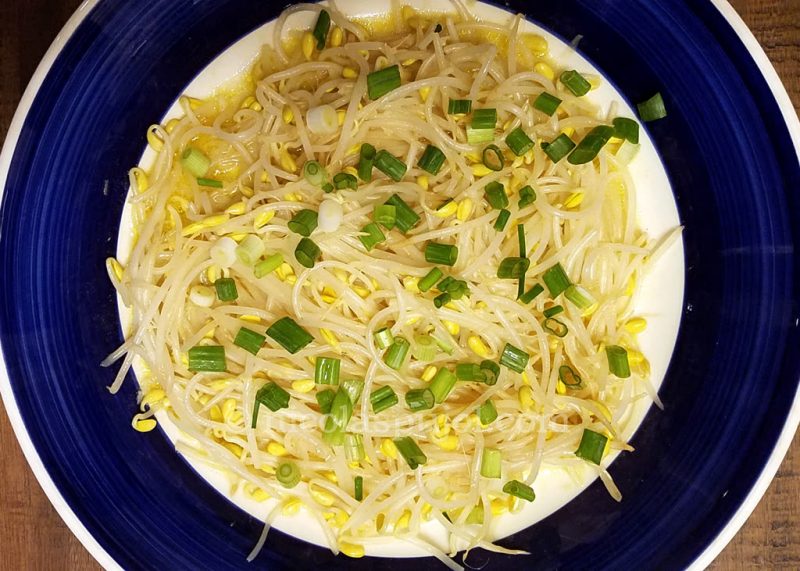 Layla went out with friends tonight, and I wanted to make something simple for the kids and I for dinner. A few hours ago I went to the Asian store in our neighborhood, Uwajimaya, to get a few things. I picked up soybean sprouts. These sprouts are typical of Asian salads. I thought it would change us from the traditional lettuce, tomatoes, kale and avocados that we eat on a regular basis. So I decided to make this soybean sprout salad with French dressing.

In France, people sometimes buy these soybean sprouts but usually don’t cook them. They are much better lightly boiled. If you don’t cook them they remain firm and a bit hard to chew. Cooking them also removes potential bacteria. Some mention the bacteria issue as a common occurrence with these types of sprouts.

Dressing and meal plate for our dinner 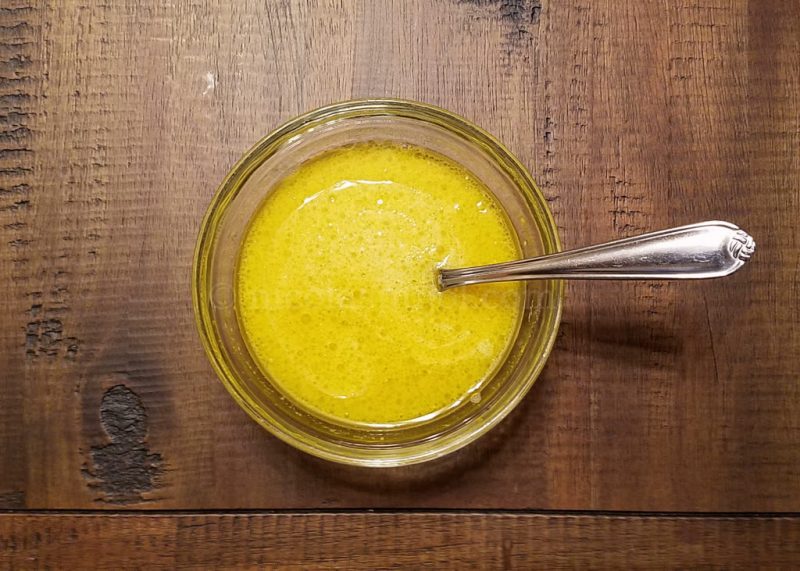 For this salad I made a French dressing, which makes an Asia-French fusion salad: Asian for the main ingredient, French for the sauce. The kids ate the whole thing and liked it. Definitely, lightly boiling the bean sprouts was the way to go. They are so much easier to eat and also taste better. 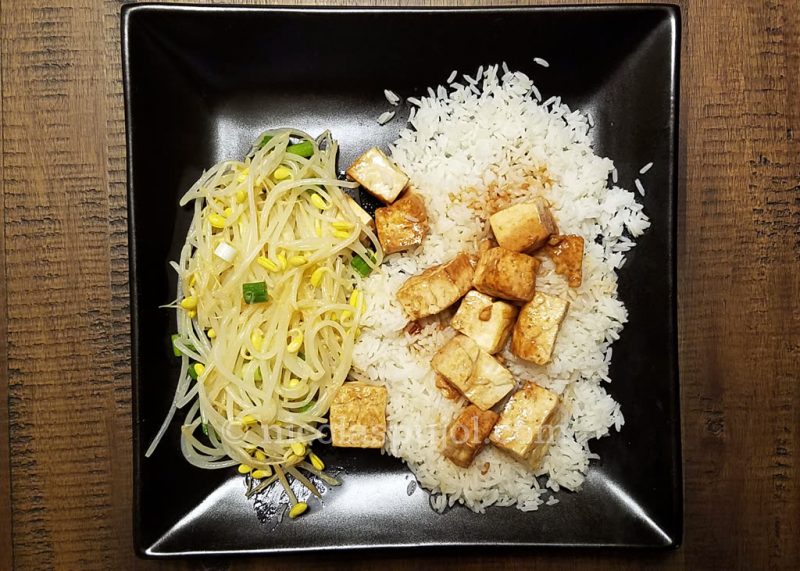 I served this soybean sprout salad with French dressing to my kids, together with rice and tofu cooked in butter and soy sauce. They liked it and both finished their plate. Not bad.