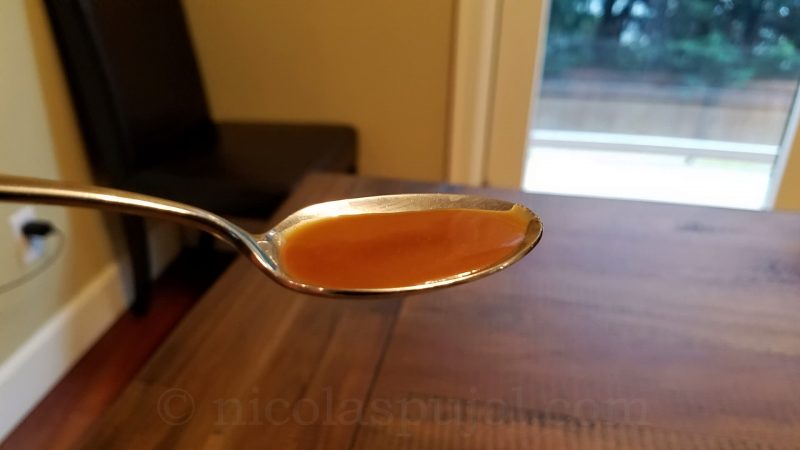 While living in Tokyo in the late 1990s I had the chance to meet many amazing people who became friends later on, and are still friends to this day. My classmate Carole, who did the “year in Japan” with me, used to live in a family for a while, and got to meet a girl our age, Motoko. Motoko eventually decided to do something similar: take the exchange program from Japan to France, and she stayed in Lyon to study the year after.

While she was in Lyon, she invited Carole and I a few times to her apartment, and I remember her making what we all called a “Japanese avocado”. What’s a Japanese avocado? It is simply one of the best appetizers I know to this day: peel and slice an avocado, and add her secret sauce of top of it. So here is the recipe for Motoko’s wasabi soy sauce. I use this sauce nowadays on many occasions. As an oil-free dressing, it makes a spicy side sauce people use to dip vegetables, dumplings, pour on top of various salads. It’s very nimble in its use cases.

Today I made it to cook the natto, avocado and Brussels sprouts. Other than being extremely simple to prepare, this sauce allows you to decide how spicy you want it to be. The more spicy, the less soy sauce you will add. Be warned, wasabi is extremely potent and can put your sinuses and brain on fire if you eat too much of it too fast. But in the right dose, it’s really tasty and not at all overwhelming. 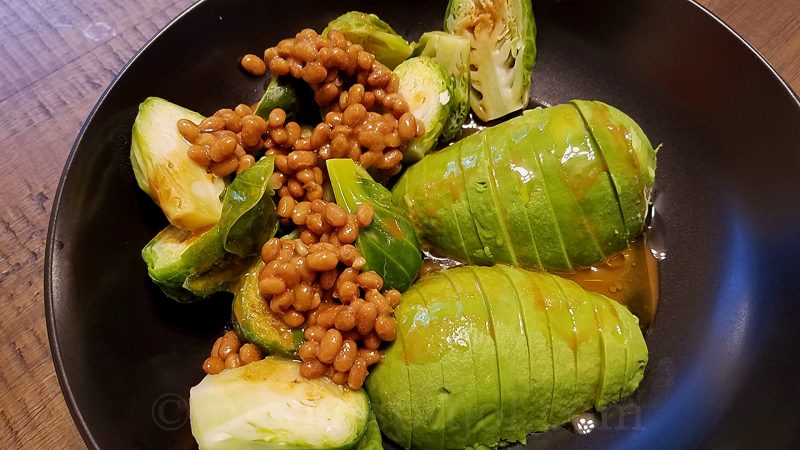 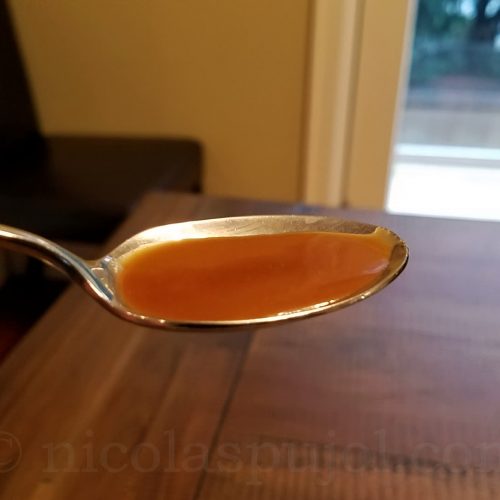